On August 27th, we invite you to join us for an outdoor social + silent auction on the rooftop of 401 Richmond! Framed, numbered and signed prints (and one original illustration!) from 6 extremely talented artists will be up for auction. Come enjoy provided refreshments (food & drinks) and live music by Bitter&Broke. 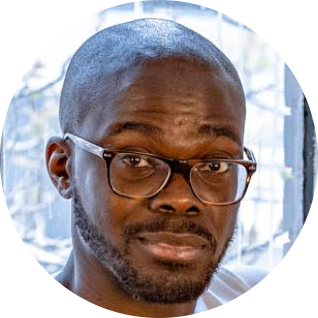 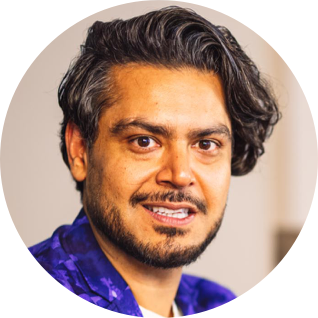 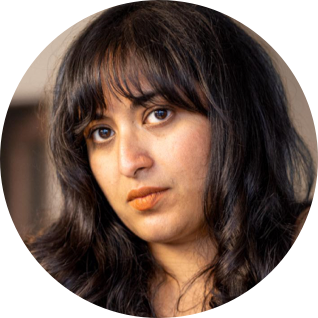 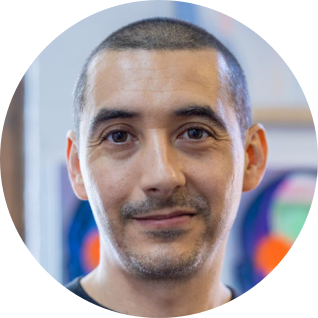 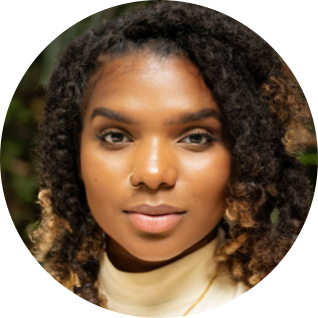 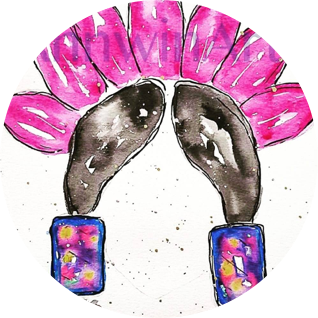 Limited 1/1 print with certification of authority 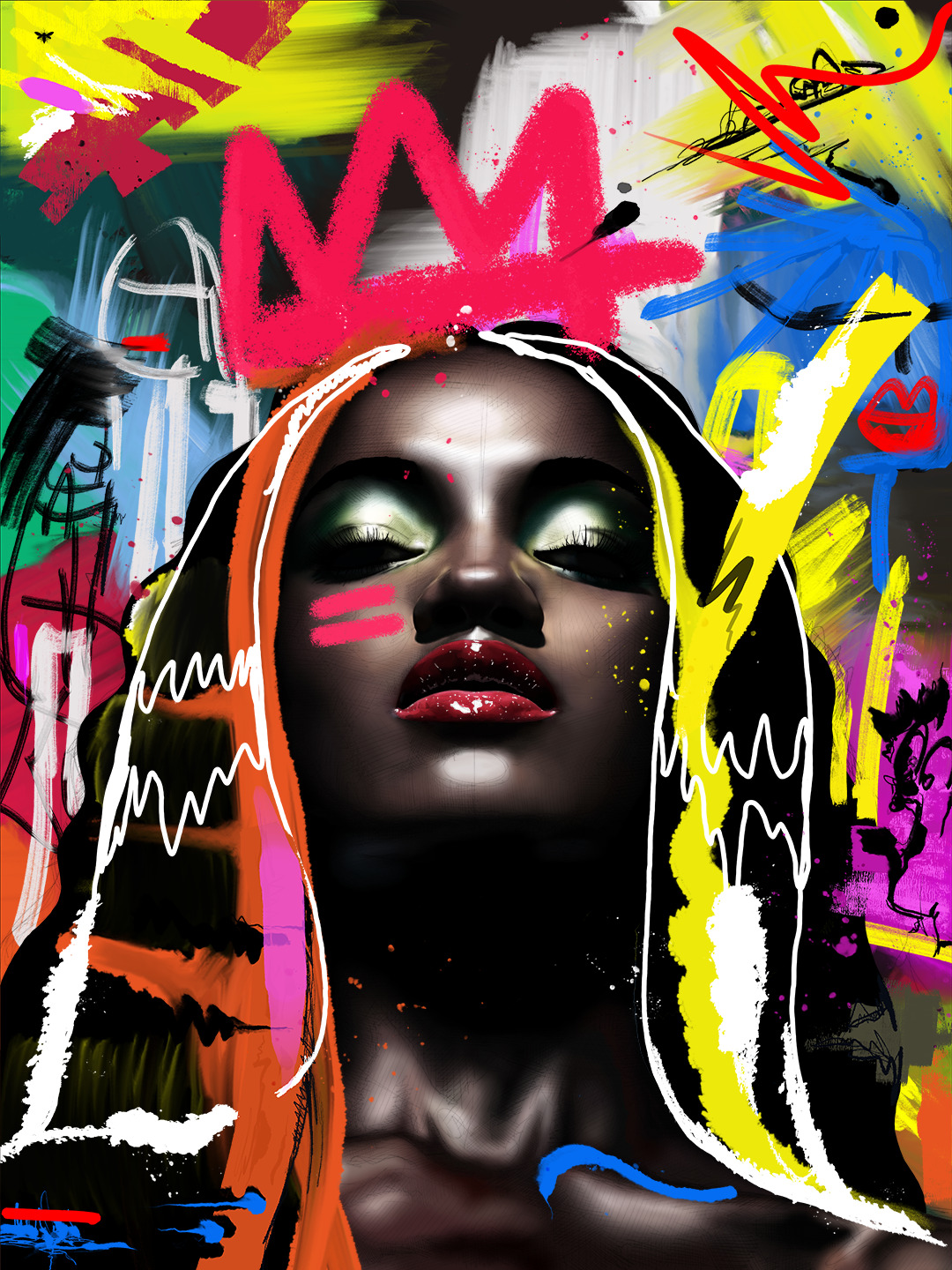 She was referred to as Queen mother, highly regarded as the most feared general during her tenure. She was tactical and fierce, as well as uniting. Under her rule women mastered fighting, forging superior warriors of men and women. She was known to have excellent military commanding skills, which saw her become one of the strongest and fierce female military tacticians. This piece is to illustrate the strength of Mother Africa, the rich history of intelligent, highly intellectual black women, growth views of equality as the norm.

Hy aka The Dezinr is a Jamaican Canadian fine artist, digital painter, painter, and designer who lives and works in Toronto, ON. From the age of 9 art found her way into his life, through fatherly inspiration. So amazing by the artistic talent his father possessed, Josh made it a promise to draw until his skills exceeded his father’s.

Josh Hy brings his design experience and raw creative talent to his work. Inspired by a self-imposed practice of drawing every day, Josh has expanded upon the themes and ideas generated therein to create new series of paintings and prints.

His promise to his father has been succeeded. 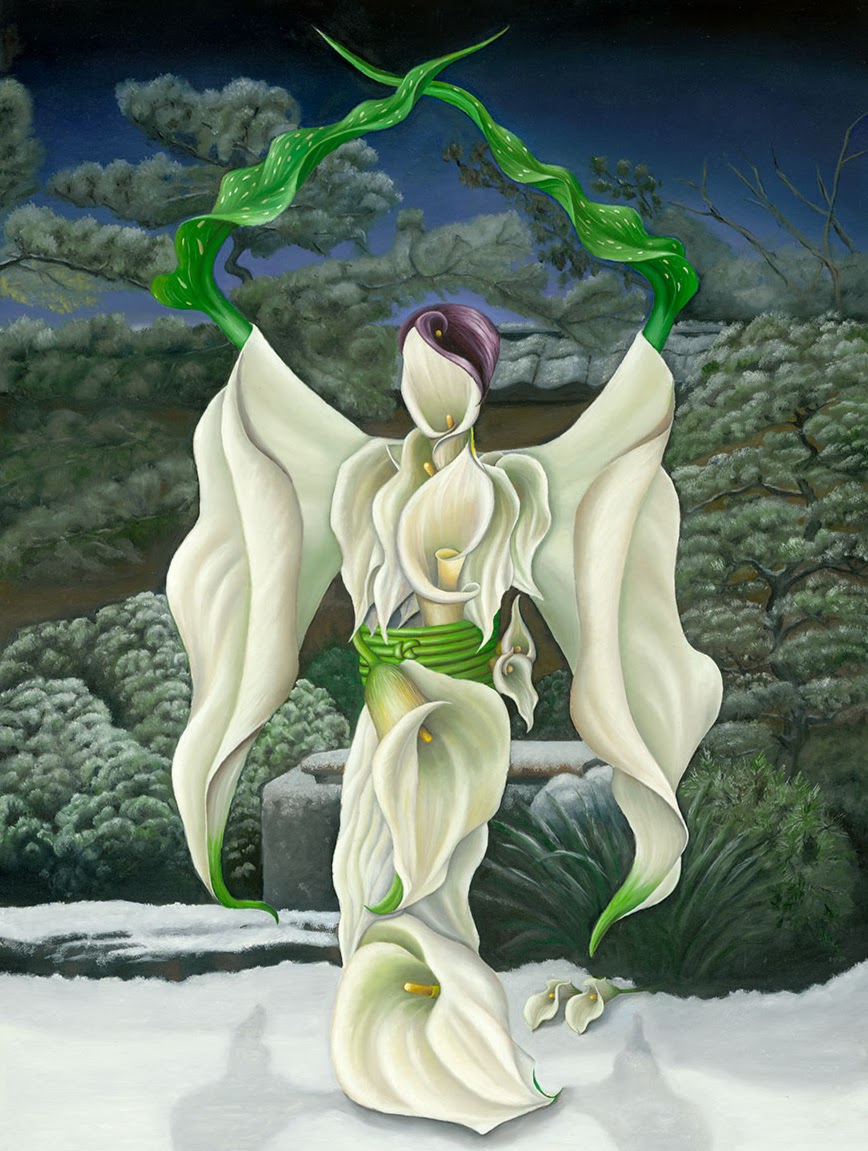 “As your leader, I encourage you from time to time, and always in a respectful manner, to question my logic. If you’re unconvinced that a particular plan of action I’ve decided is the wisest, tell me so, but allow me to convince you and I promise you right here and now, no subject will ever be taboo. Except, of course, the subject that was just under discussion. The price you pay for bringing up either my Chinese or American heritage as a negative is… I collect your fucking head. Just like this fucker here. Now, if any of you sons of bitches got anything else to say, now’s the fucking time!” – O-Ren Ishii, Kill Bill Vol.1 An ode to the baddest villain of all time. Leader of Tokyo’s Yakuza clan, Cottonmouth of the Deadly Viper Assassination Squad. This is my take on O-Ren Ishii. Hats off to Mr. Tarantino for giving us the best fight scene in cinema history!

Haris is a Canadian-Pakistani visual artist, Fellow of the Society of Actuaries and of the Canadian Institute of Actuaries. He currently lives and practices his disciplines in Toronto.

Having started his visual art practice at a very young age, he was trained in watercolour and sculpture in high school. He held his first glass painting and blown glass exhibition at age 15. Haris moved to Canada for university, decided to pursue a career in finance and qualified as an actuary.

After an 18-year hiatus, the final straw that ignited him to follow his passion for fine arts was a visit to Dali’s crypt in Figueres, Spain. Since then, he has self-taught oil painting techniques and created unique pieces, which have been highly sought-after by collectors from around the world.

Haris describes his work as referential surrealism, which is heavily influenced by his travels, immersion in multicultural societies and exposure to life in the East and West. His contemporary paintings depict fantastical compositions of architectural and floral elements. The inspiration behind the architectural works are his personal views on oneness of humanity without borders of religion, race or culture. His floral paintings take on a more playful note, while also serving as an ode to iconic beauty and the strength of femininity.

A Tiger in Toronto by Charisma Panchapakesan (@charismapanch) 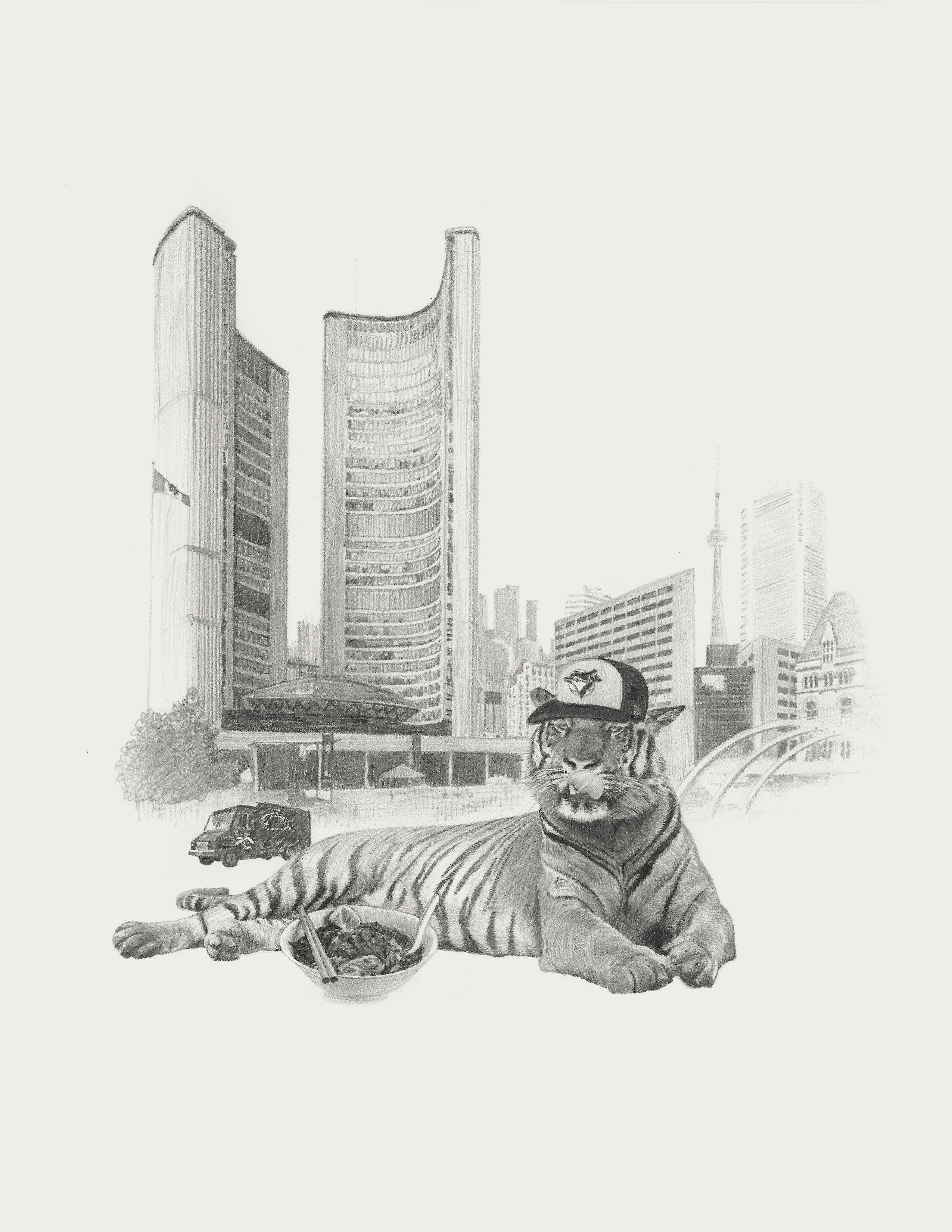 This image is part of a set of illustrations created for a rhyming children’s book I wrote about the alphabet, animals, and architecture. The poem accompanying the image is as follows:


Toronto is known for diversification With residents from practically every nation. And like how any great city should be seen, The Tiger explored it through its cuisine.

He started with dosas from Gerrard Street, Then Portuguese chicken, for a taste of some meat. Then Chinese dumplings, Italian rice balls, And a series of food trucks in front of City Hall.

The spaceship-like building with two tall curved towers Is the heart of municipal and civic power. A backdrop to Canada’s largest town square, The Tiger paused to rub his full belly there.

Charisma Panchapakesan’s collagelike drawings combine subjects and scales to create narratives playful in tone and highly naturalistic in style. Her curious juxtapositions of animals, objects, and spaces are replete with symbolism and metaphor while remaining understandable and familiar. Holding two professional degrees in the field of Architecture, she combines her knowledge of precise technical drawing with a sensitive hand to create relatable works with quiet humour. She is also a founder of CAB Architects, a residential architecture and interior design firm specializing in Toronto houses.

Limited edition of 20 per size only 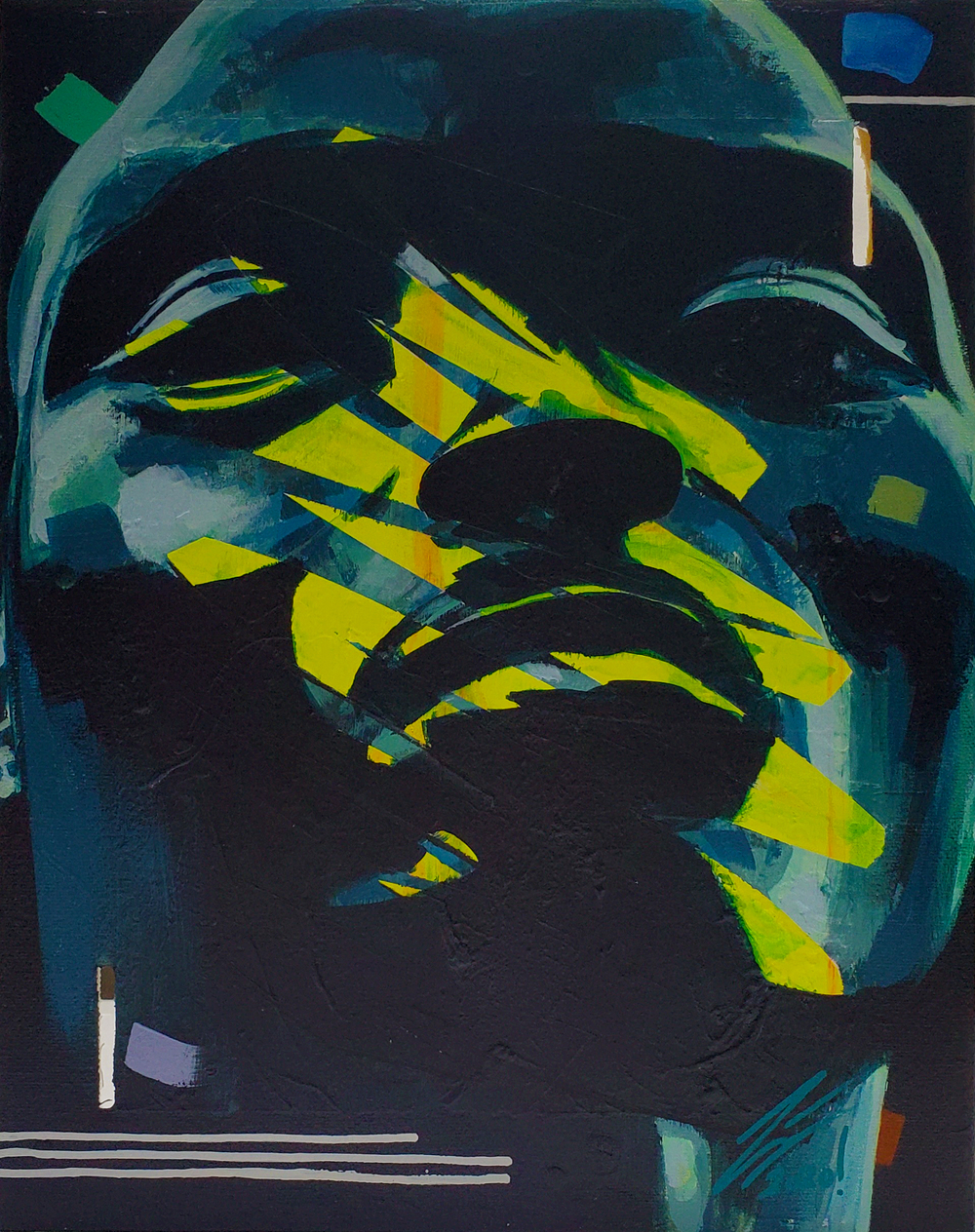 
At a time when racism is out in the open, some try to conceal it as something else, even as tradition, this painting challenges us to confront it. Having grown up in Colombia, the worst conditions are experienced by people of African descent, whose regions politicians forget after elections. It fills my heart with disappointment after realizing that the entire system has been built to perpetuate this behavior, and that no party can fix this. Rather than victimizing others, my art seeks to empower them to express feelings and moods.

Love you all. Let's build the world we want.

Born in Medellin, Colombia, CIFUENTES moved to the United States as a teenager. He completed a diploma from Bergen College in New Jersey where he studied Fine Arts. In 2009, CIFUENTES moved back to Medellin where he founded the award-winning clothing brand beFREE. In 2016 CIFUENTES moved to Toronto where he continues to live and work. CIFUENTES’ work has been featured in fairs and exhibitions internationally, including Red Dot Miami, Florida; Gallery 1313, Toronto; ARTA Gallery, Toronto; Distrito Creativo el Perpetuo Socorro, Medellin; and Monroe Center for the Arts, Hoboken. He is recipient of the Panasonic Creative Excellence Award and a 2019 Refugee and Newcomer Mentorship Grant from Toronto Arts Council. 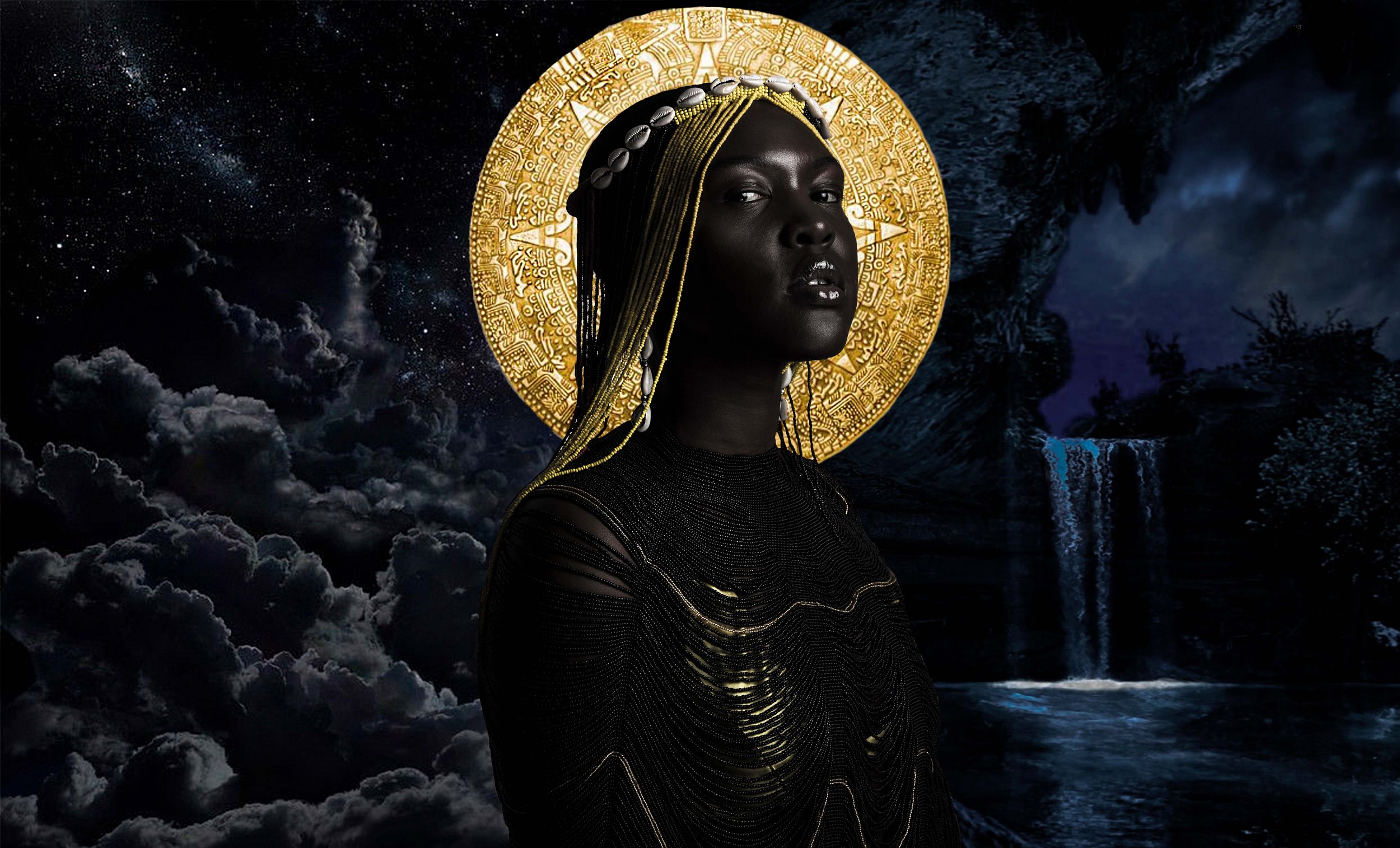 Photostory Adé is an ode to the Adélakun lineage of Yoruban Royalty. The photos narrate the stories of Yoruba River deities and Orishas through the craftsmanship of crowns sculpted by Destinie. The work is an interpretation of the crowns of the Orisha Yemoja, Oshun, Oya, and Obatala. The women show an unwavering gaze of confidence in the images showcasing resiliency and mirroring the attributes of the Orishas. Adélakun's ancestry is rooted in this work, and she reclaims her ancestors by presenting Yoruban mythology. Destinie is inspired by the ancestral mothers and their folklores and she aims to preserve it by highlighting the names of and the stories of the Orishas. Her work aspires to bring awareness to the movement through Afro spirituality, traditions, and Afro-futuristic imagery.

Destinie Adélakun is a daughter of the diaspora originally from the sun-kissed groves of West Africa and South India. The award-winning contemporary Canadian multi-disciplinary artist's work extends from photography to film, paintings, and sculpture. That explores themes of pre-colonized African history, Yoruba mythology, religions, and spirituality. Through researching her Yoruba ancestry Destinie dissects the connections between the diasporic traditions and customs. In her work, Adélakun utilizes individuals as a personification of principles and ideas and re-illustrate African mythological tales. In her photography work Adé she aims to provoke social commentary and critique old-fashioned perceptions of what defines beauty through socio-political and historical social norms as they relate to anti-blackness, shadism, and colorism’ – as well as their universal implications for the female body. Destinie is the selected 2020 cohort of the Toronto Arts Foundation Artscape Launchpad bursary. The New York Foundation for the Arts awarded her the Canadian Women Artist Award for the arts in 2020. Being a community and mental health advocate, in 2021 Destinie co-founded the non-for-profit artist-led collective called Behind the Art (BTA). The initiative's aim is to celebrate artists from the BIPOC diaspora and make mental wellness matter. Destinie now lives and works in Toronto and New York City. 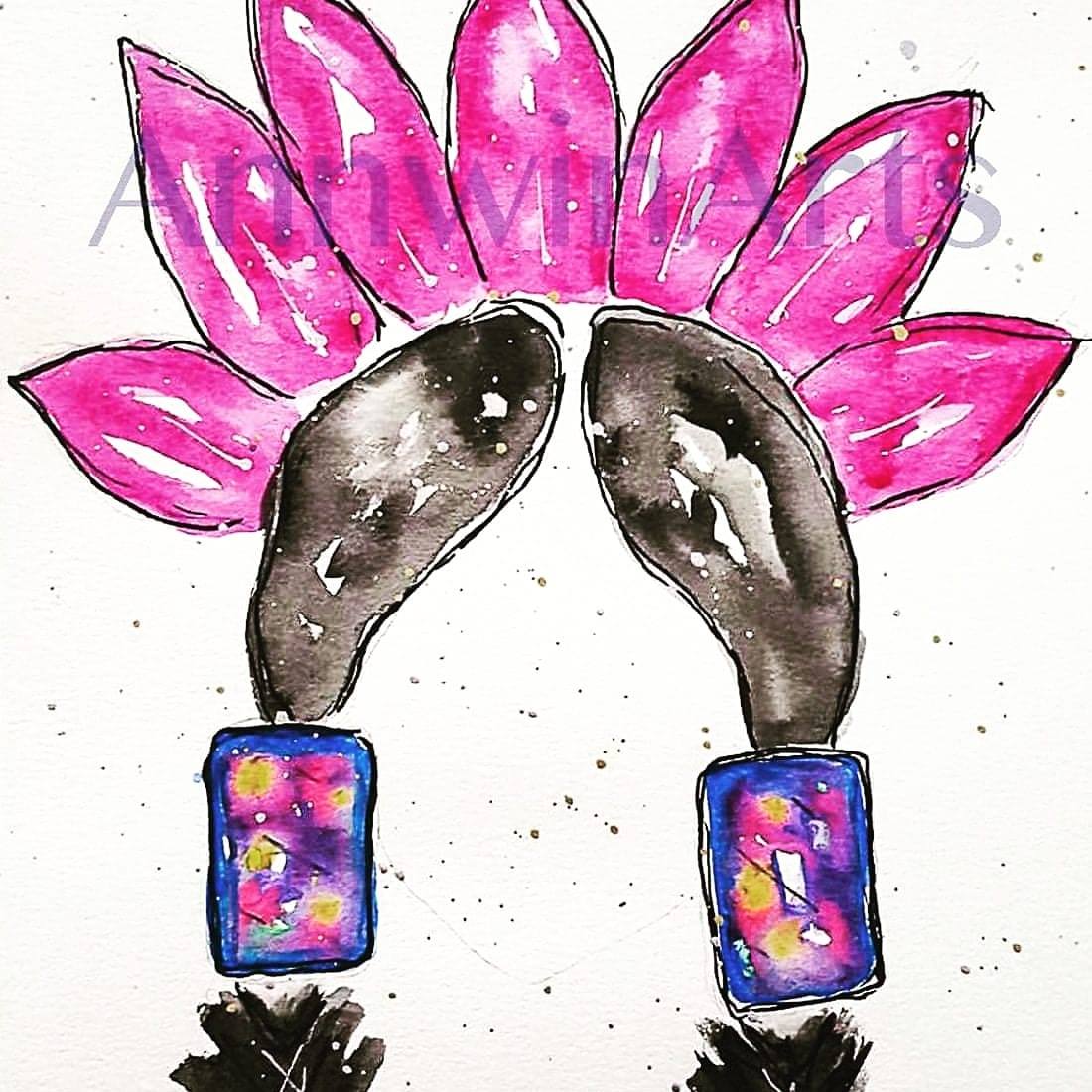 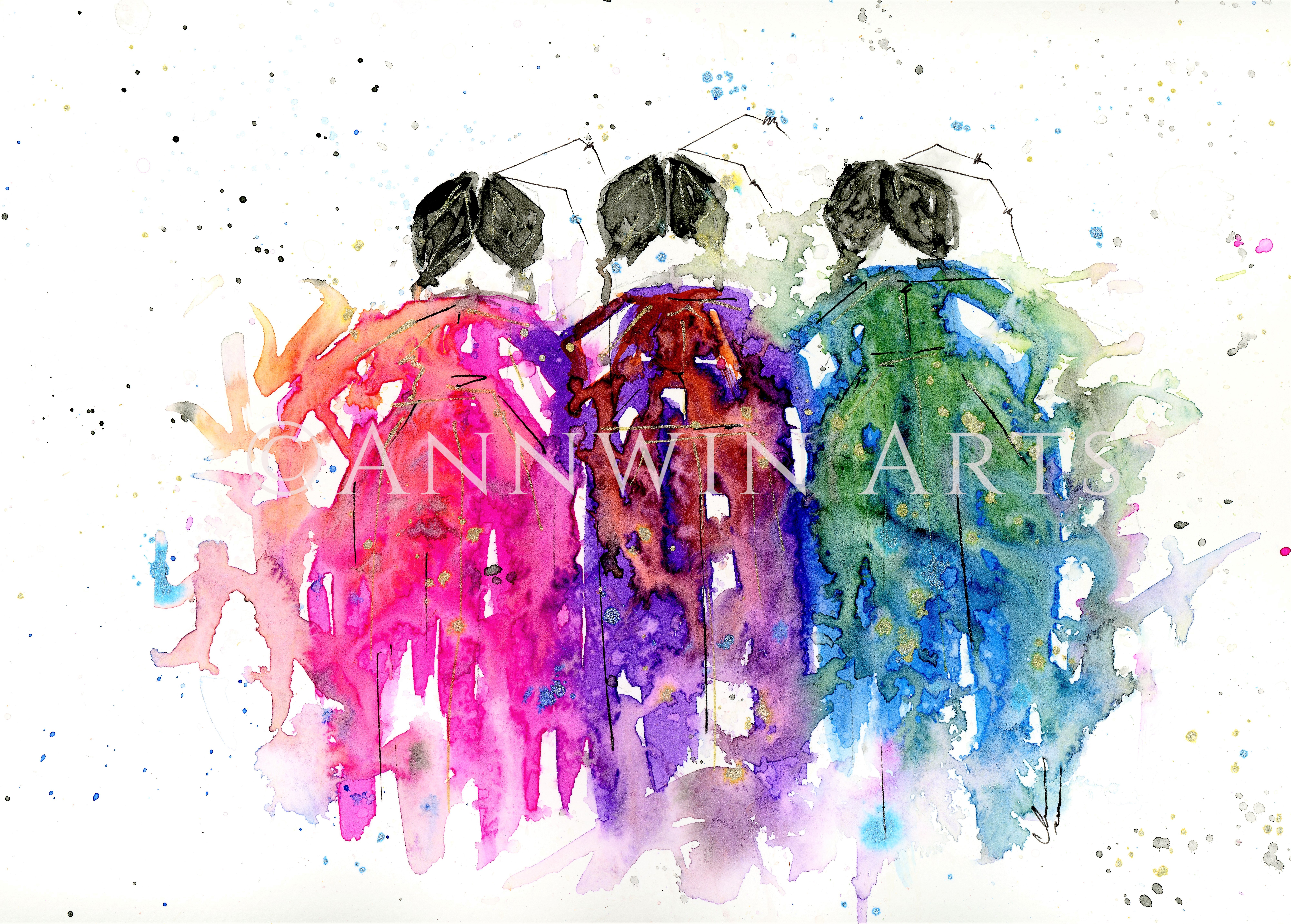 Expressed through watercolour I capture myself and my two older sisters in a piece that brings us together though we are actually very far apart. I used specific colours which represent our individual spirits, while the huddled position and interlocking arms bonds us into one.

I am a self-taught First Nations multidisciplinary artist with no previous training or experience in the arts. I began my art journey during the pandemic with watercolour and advanced to various mediums, techniques and styles. I make my own watercolour paint and eco dyes; as well I bead, embroider and I am currently working on developing myself in street art and mural works within the Toronto art community.

The Ontario Arts Council, Native Women’s Association of Canada, Akin collective, MakeRoomInc and Street Art Toronto have been pillars in my growth and opportunities as a new artist. I was featured during BigArtTO in October 2021, and have since created my first “outside the box” piece through street art Toronto. I have multiple projects ahead and continue to donate to various Indigenous groups and initiatives through much of my art sales.

I am a full time specialized psychology student and work within the federal justice system. I am highly focused on bringing forth the issue of over represented Indigenous peoples in our justice system and I strive to raise awareness for MMIWG2S+ initiatives and efforts through my red dress art.